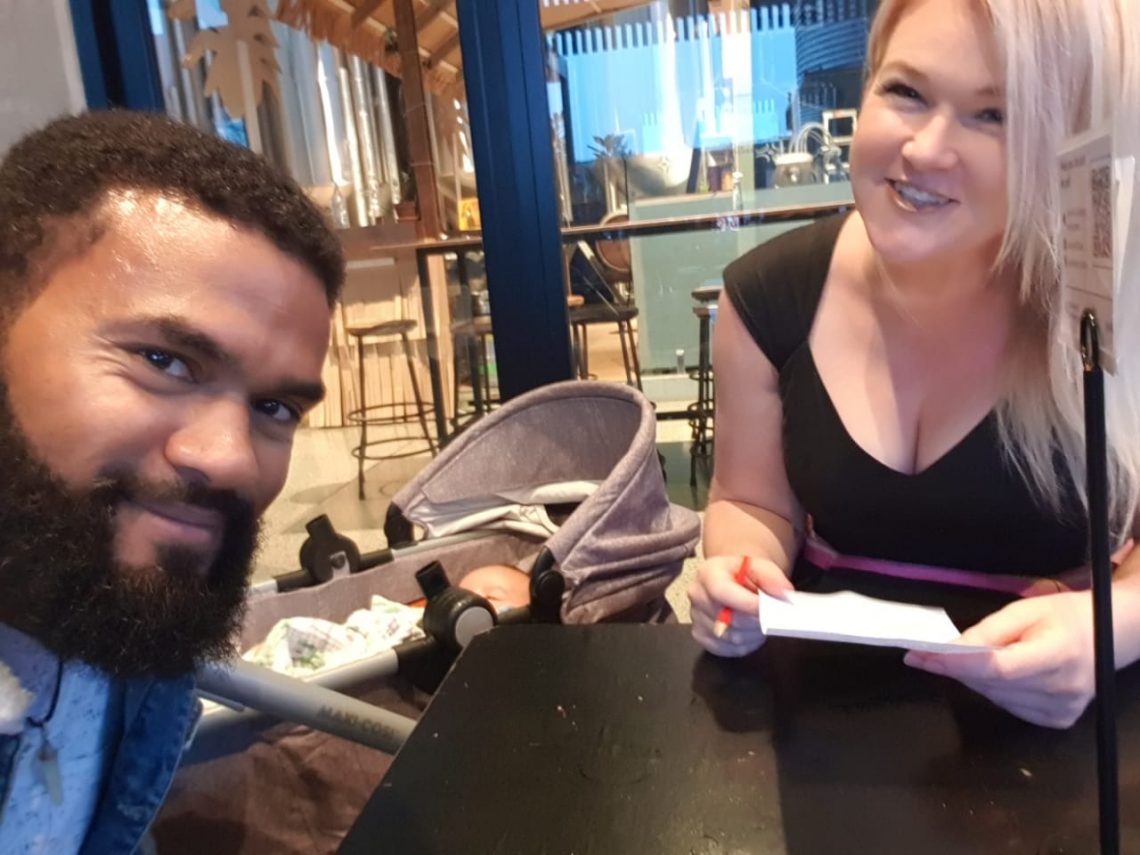 How did a Man from Vanuatu, Living in the Solomon Islands and a Single Mum from Australia meet?

Kylie Travers is the one writing this and I can honestly say, I had sworn off men completely, then I met Justin. You can ask my family, they were all in shock.

We met in 2018 when I had a last-minute trip to the Solomon Islands as a travel writer. Originally, I was going to head over in 2019 then a spot came up with this specific trip and I said yes, despite not knowing how I could make it work.

I was a single mother with two daughters, in the middle of court for another protection order against my abusive ex-husband and our custody battle was ongoing (it had been for 7 years). My eldest daughter has autism and we lived in another state from my family so my options for help were limited.

How was I Able to Travel?

With only a few weeks notice, I didn’t have much time to plan. My daughters still needed to go to school so I had to make it work in Melbourne. Then, our babysitter from Canberra moved to Melbourne, where I was living, with her boyfriend and needed somewhere to stay.

We agreed they would stay at my place and take care of my kids while I was gone but they could also stay longer until they found a place of their own.

Since my daughters could cook, clean, pack their own lunch, do their own washing etc. our babysitter didn’t need to do much except be there. Both she and her boyfriend were amazed at how easy it was to have them which was such a relief for me as I did not have much reception in the islands.

So I was able to jet off to the islands, confident my daughters were taken care of and looking forward to a much needed break/work trip in paradise.

Justin was living and working in the Solomon Islands and happened to be on the trip I was on. He was meant to have that trip off but they begged him to come on it. So neither of us were supposed to be there when we were.

It was obvious to everyone on this trip there was a mutual attraction but we didn’t see how it would be possible. We exchanged numbers though and decided to see what happens.

He was my very first dive buddy, now we are dive buddies for life. 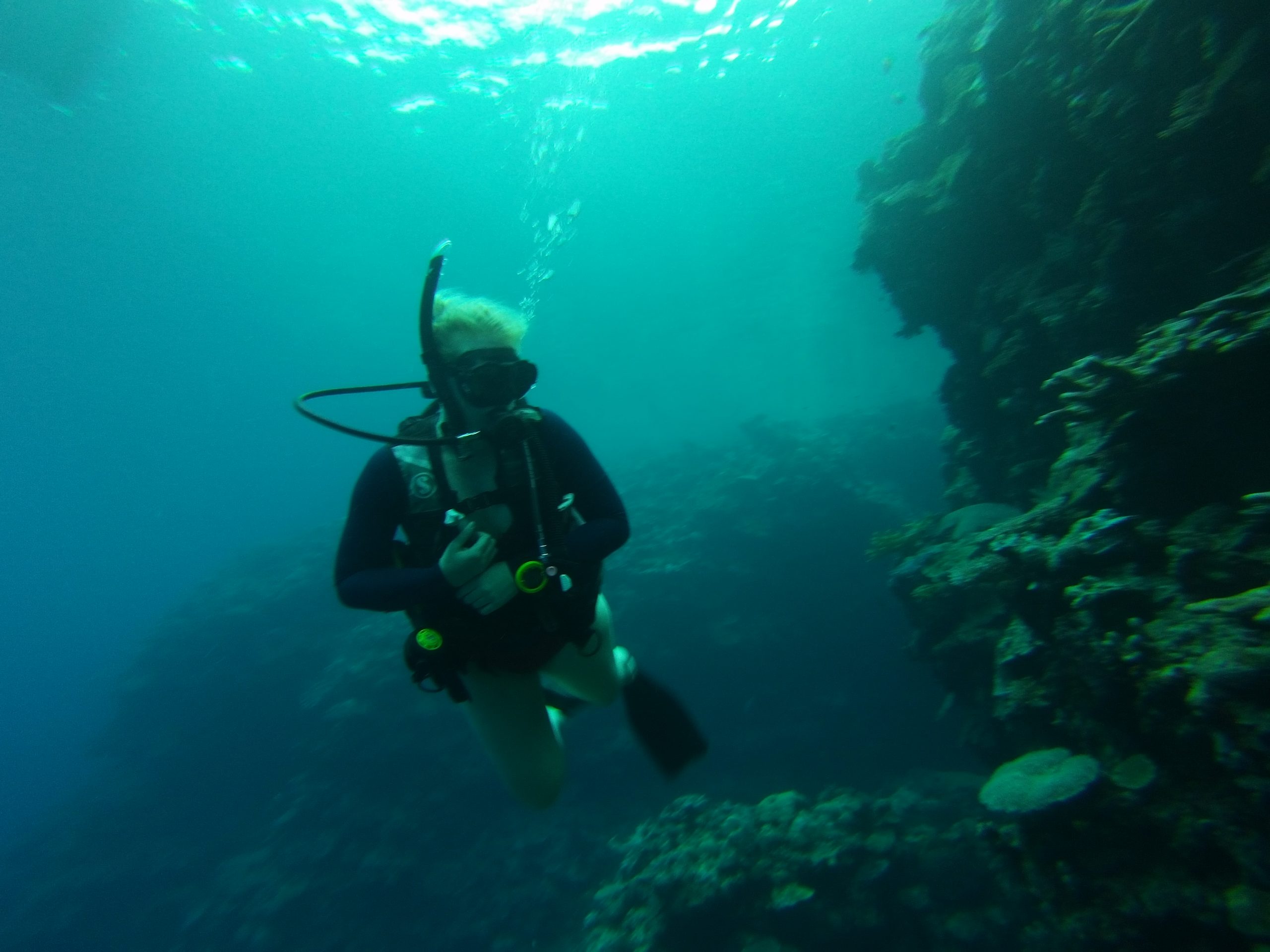 How the Relationship Developed

After spending most of that trip together, he asked for my number and we stayed in contact. Fortunately for us, my work brought me back to him a few times. Some trips had to be cancelled last minute and it wasn’t until April, 2019 that we got to see each other again.

I was there doing promotions for the Coral Sea Resort and Casino. He had the week off so took me everywhere, I met his friends and we celebrated my birthday. 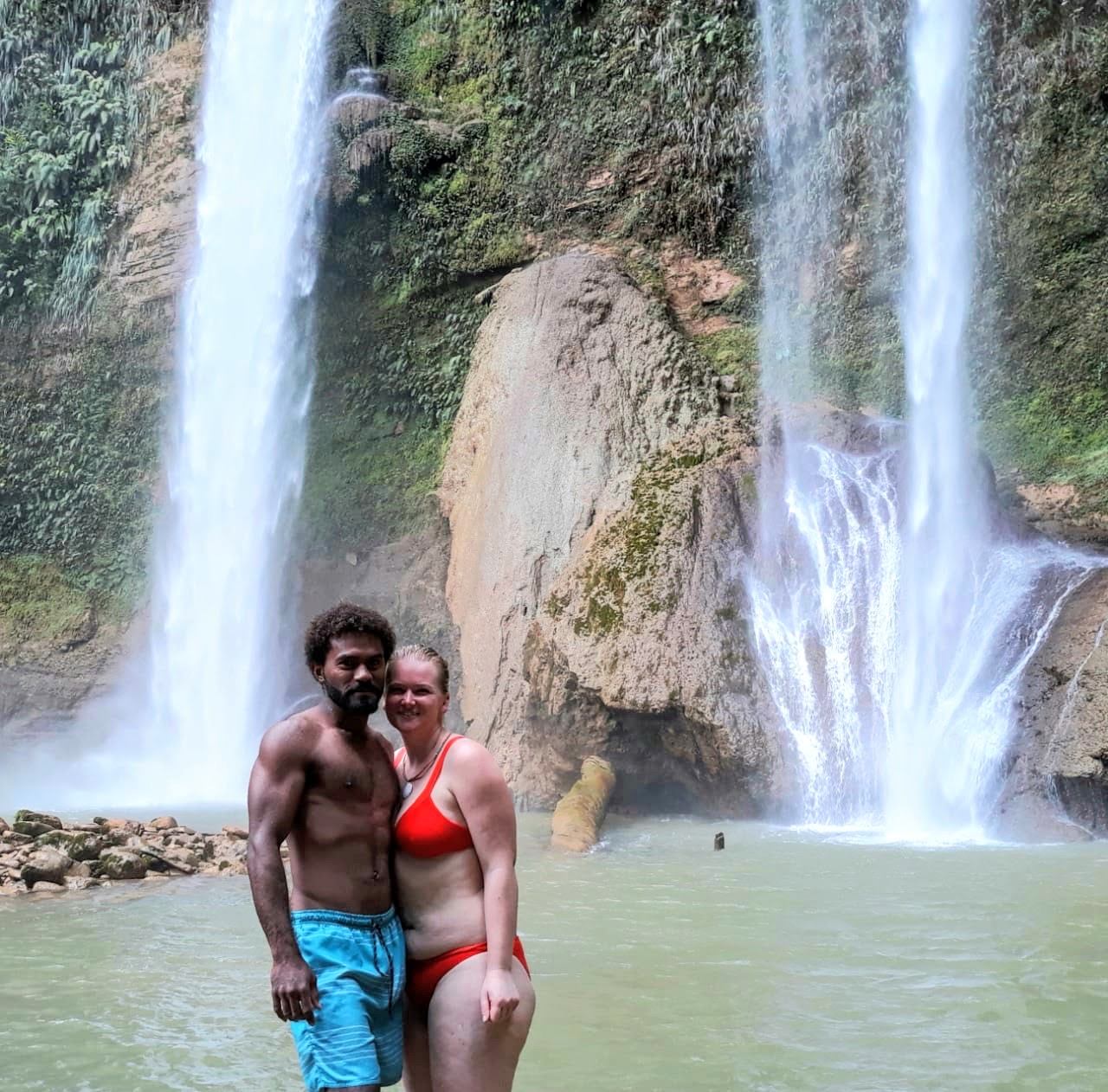 Again, in June I went over. This time I was in Munda for a week getting my open water diving certificate with Dive Munda. Then we went on another Solomon Islands Discovery Cruise (Justin was working) before having a few nights in Honiara then I flew to Fiji for another work trip.

Yes, life was so tough with all my travel. It was on this trip Justin promised to show me a lionfish, something I had wanted to see since I was a little girl. And he did!

I was so excited, my breathing changed too much and I had to hold onto him to stay down until I calmed myself. He managed to get photos for me too. 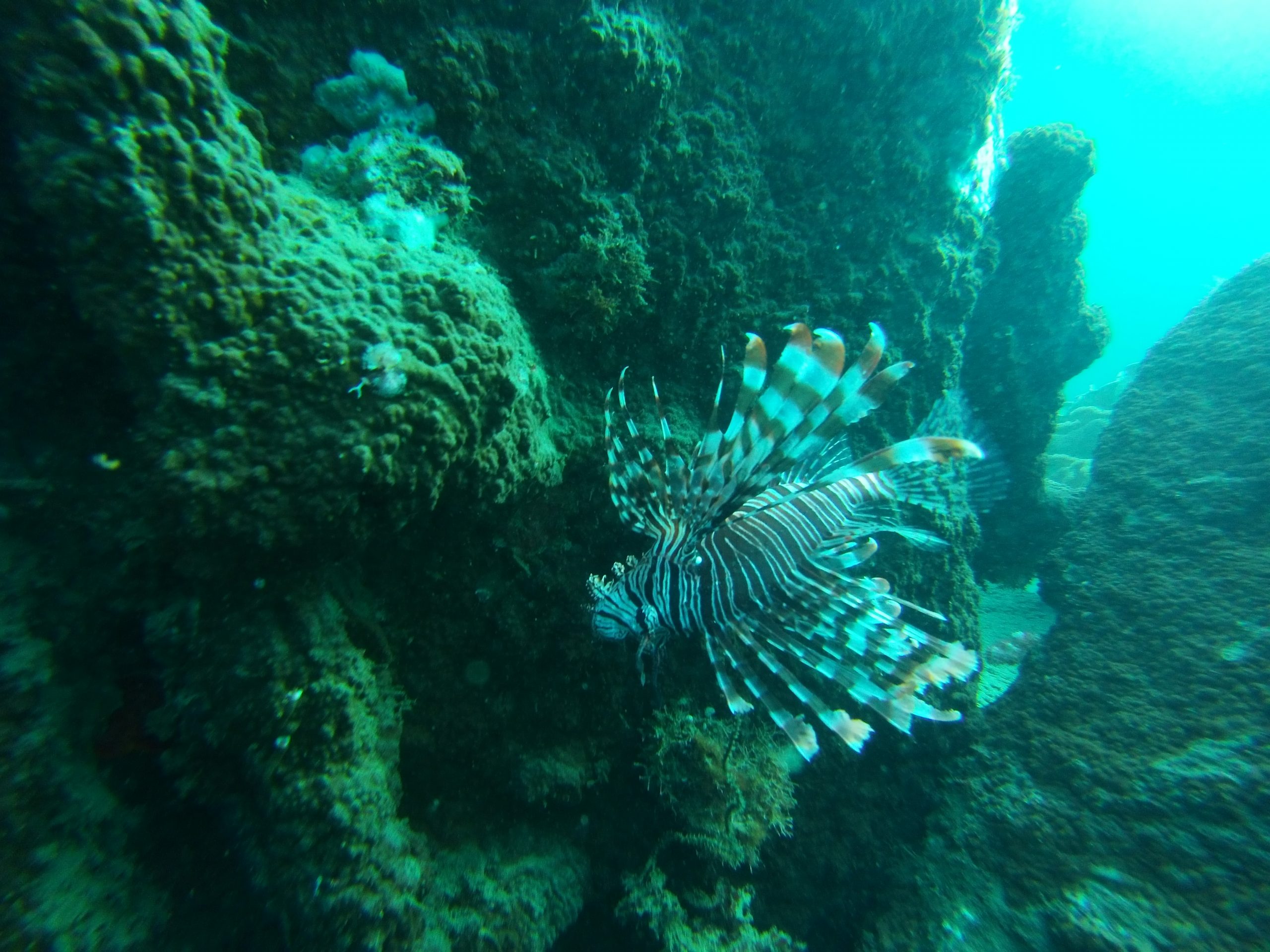 In August, Justin was on the expedition to find Amelia Earhart’s plane. He had his birthday at that time so the captain let him use the satellite phone briefly to call me. It was so unexpected!

As he was returning from that trip, I was flying out to Austria then Slovenia to hike The Crow’s Flight. It was around this time we knew we needed to make proper plans to be together.

October 2019, he quit his job and flew back to Vanuatu. I brought my kids to Vanuatu for their first overseas trip and we’ve been travelling or living together since. 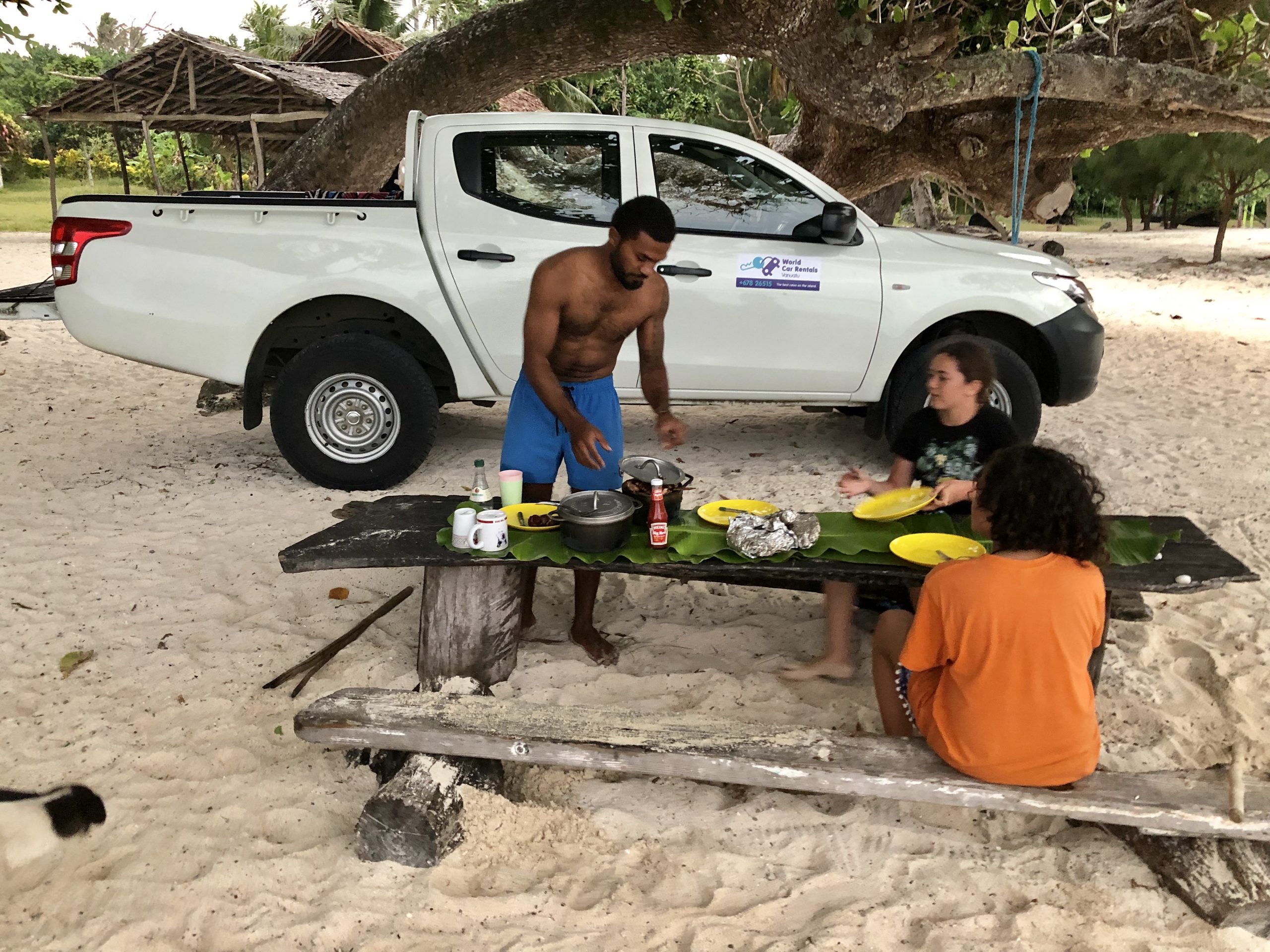 Justin Saula cooked for us at Emaal Lahkeh Nap Beach, owned by his cousins. Here we met his family then stayed with them for two weeks at their home in Port Vila.

His parents were so excited to see Halia and Mele were Islanders too as it reassured them I understood the differences between Caucasian and Islander cultures and was open to learning about their specific traditions for Vanuatu. 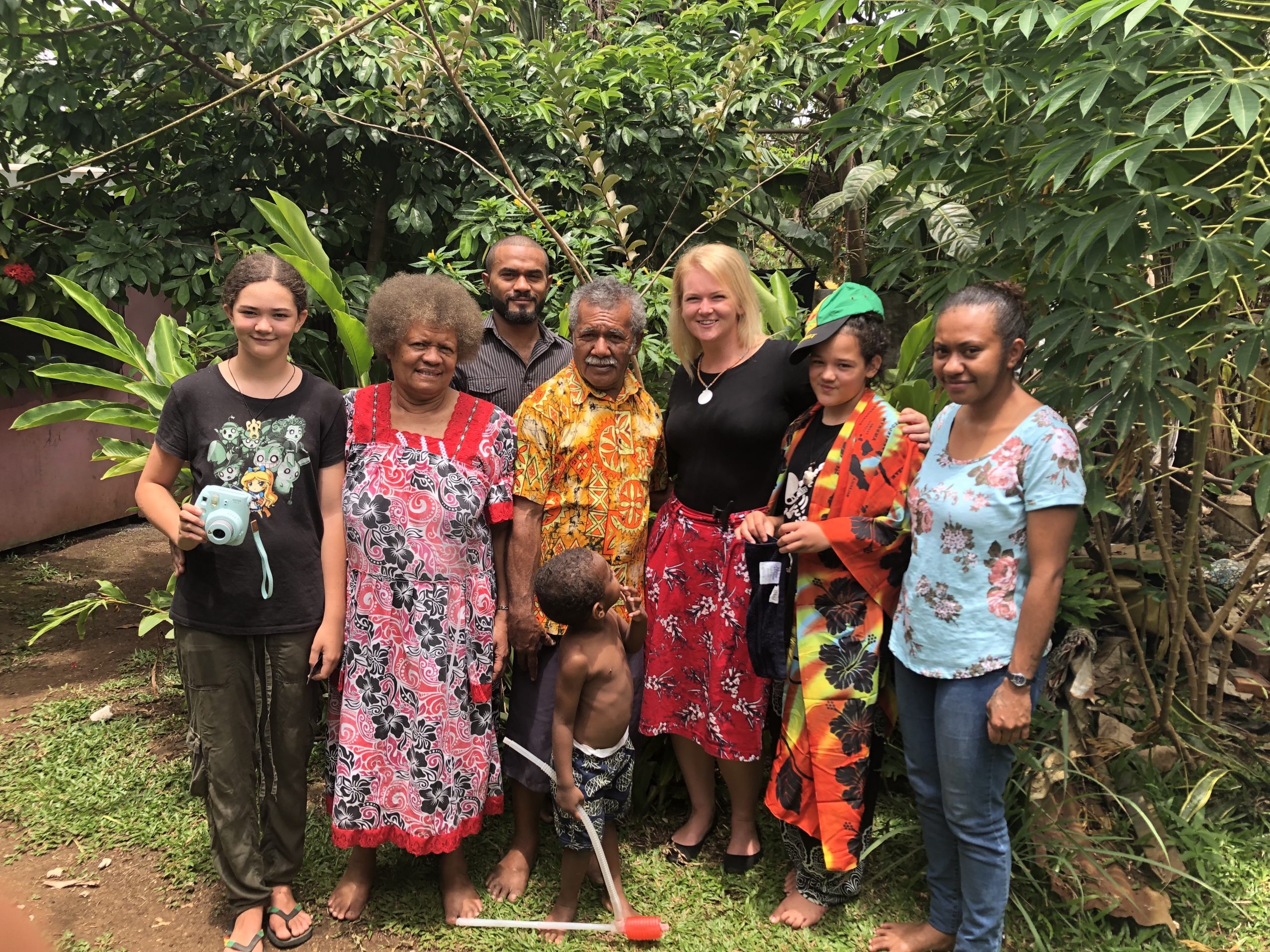 What Have We Done Together?

Our plan was to travel for a few years then come back to Australia and have a baby. We travelled in Australia for a couple of months then got evacuated from the bushfires in Jervis Bay. That was an interesting way to bring in 2020 and kind of set the tone for the year.

3 weeks later, there were 2 family deaths in 24 hours in Vanuatu so we made arrangements to go back. While trying to get back, Sydney had strong storms, chaos, flooding and we almost didn’t make it. After Vanuatu, we flew to the Solomon Islands to sort out child custody with Justin’s ex-wife.

While in Malaita, Solomon Islands, the world closed and unbeknownst to us, Australia had locked down and we could not return. We set up home in Honiara then got hit by Cyclone Harold. Fortunately, Honiara wasn’t hit as severely as other locations. 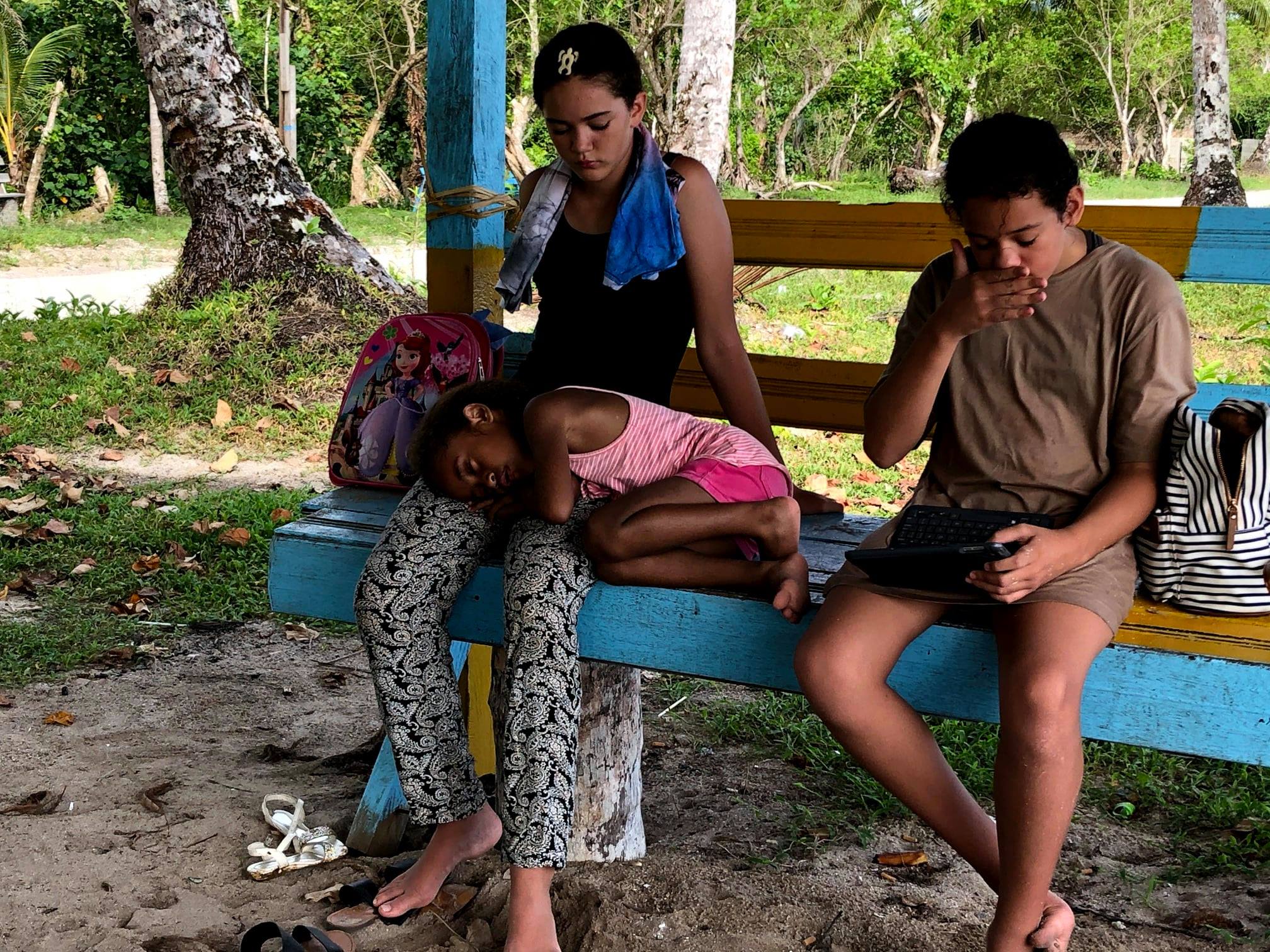 Halia, Mele and Jemeliy after swimming in Malaita, Solomon Islands.

My health deteriorated and we were told if we wanted children, we should do it now. A repatriation flight was arranged so I agreed to have a child. By the time we got back to Australia and in an Airbnb on the Sunshine Coast, I was pregnant.

Our son was born in January 2021. I fell pregnant again soon after and gave birth to another daughter in February 2022. 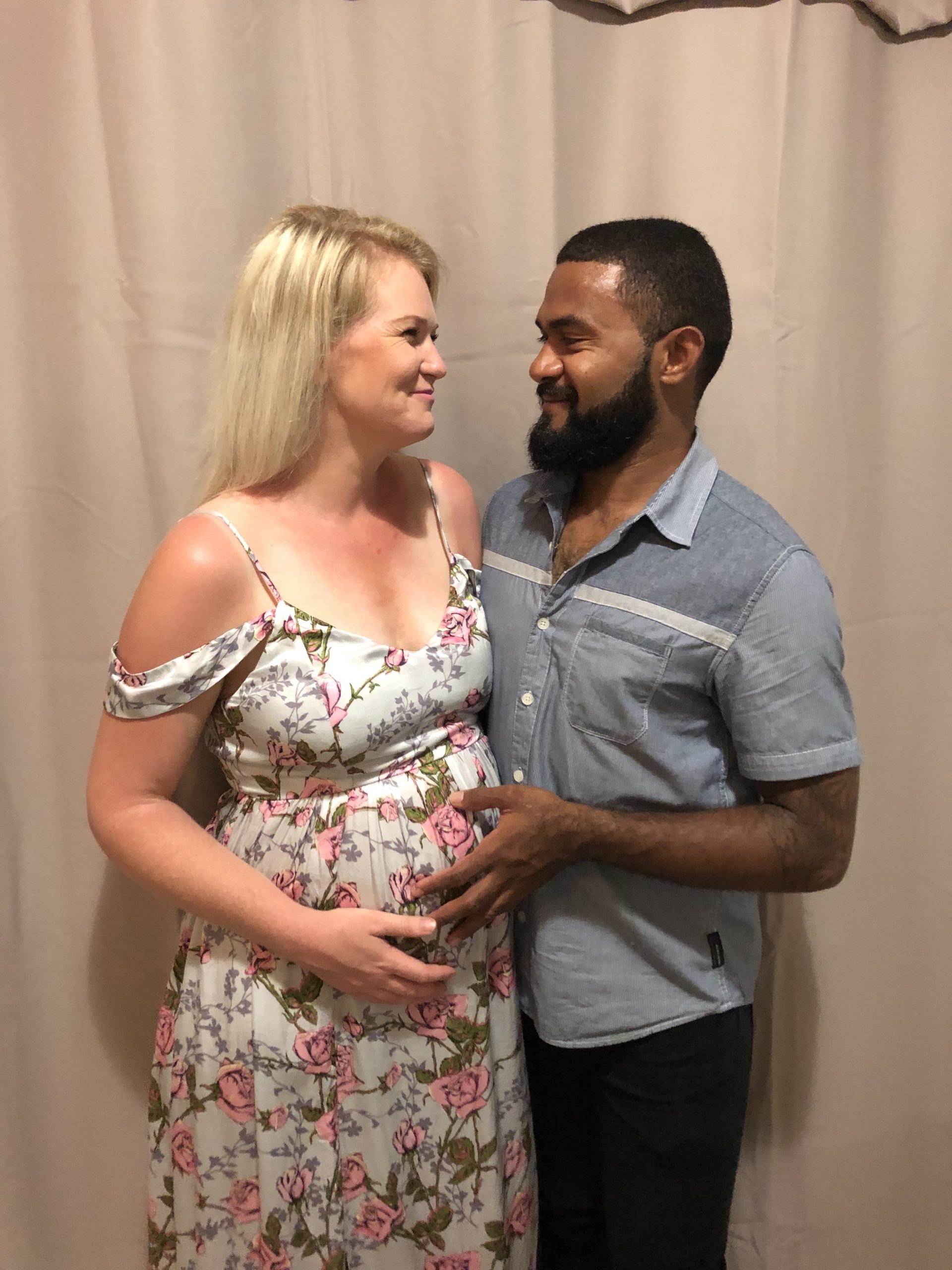 Us at home before a date when I was pregnant. Photo by Halia Travers.

Ideally, borders will open, we will be able to travel again and return to Vanuatu so Justin’s side of the family can meet our son and daughter. All of us are learning Bislama (one of the languages in Vanuatu) and French since Justin knows both, aso do most of his family.

We will all be getting our diving certifications, travelling Australia, developing business and using our experiences to help others understand interracial families, blended families and cultural diversity. 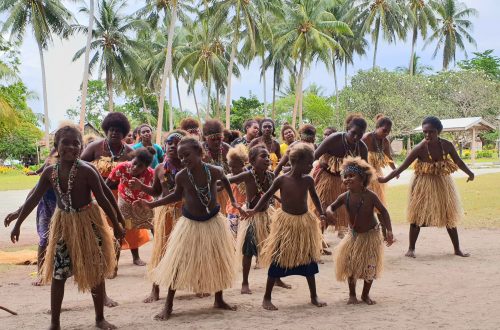